Here’s one bummer example: in 2006, McCain sponsored the first national, whole economy climate change bill with his buddy and noted wet blanket Joe Lieberman. In 2009, when a federal climate change bill came the closest it ever has to passing: the bill cleared the House, and it was President Obama’s 1B priority after the ACA. McCain was instrumental in shooting the thing down.

Since McCain campaigned during the 2008 election to stop climate change, we are left to conclude that the reason for his opposition to the 2009 climate bill is the fact that Obama smoked him in the general election.

On the other hand, the other president that McCain lost an election to—George W. Bush—was on some shady shit. McCain hated that guy. McCain certainly believed in campaign finance reform and banning torture, but his hatred of George W. Bush certainly didn’t hurt the cause.

Baseball has always been a mirror to American life; sometimes, like when it was the first national institution to be integrated by Jackie and other civil rights activists, it’s a beautiful thing. Or—like when the major leagues enthusiastically marked the end of Reconstruction and beginning of Jim Crow by becoming some of the first national institutions to segregate themselves—it can show the worst of us.

The petty act of intentionally throwing at a batter is another (albeit lesser) flavor of baseball shittiness. Pitchers will throw as hard as they can at a batter for some sort of transgression, like having too much fun, making more money than the pitcher, or hitting too many home runs.

Beanballs are extremely petty. Pitchers throw them when they feel that they get “showed up” by a batter (though there is a more understandable retaliatory beanball practice that is supposed to protect hitters… which is kind of self defeating.) It’s all posturing. It’s the same nonsense, toxic masculinity that President Trump embodies.

I remember laughing about or cheering for beanballs when I was younger, but it’s really not funny: players have been killed or crippled by petty-ass, pointless headhunting.

Basketball is by far the most petty sport. When Michael Jordan was inducted into the Basketball Hall of Fame, he used his speech to air out old beefs. For 20 minutes. The beefs were 20 years old (sometimes older) and directed at people who he owned/did not matter, like Bryon Russell, who is mostly known as the victim of MJ’s most famous highlight. MJ spent minutes of his Hall of Fame speech recounting an offhand conversation in 1994 which Russell claimed he could guard His Airness, which is hilarious on its face, and probably therefore never happened.

However, MJ remembered this alleged conversation in 1996, and told Russell about it, and then 13 years later told the world about it:

So when I did decide to come back in 1995, and then we played Utah in ’96, I’m at the Center Circle and Bryon Russell is sitting next to me and I look over at Bryon and I said ‘do you remember this conversation you made in 1994, when you said ‘I think I can guard you, I can shut you down, and I would love to play against you.’ I said, ‘Well, you about to get your chance.’ And believe me, ever since that day, he got his chance. I don’t know how successful he was, but I think he had his chance, and believe me from that day forward, if I ever saw him in shorts, I’m coming at him.

Steph Curry has a noted rivalry with LeBron James, stemming from their back and forth in the NBA Finals. When Steph’s Warriors beat Bron’s Cavs in 2017, Bron posted a very silly video in which he was working out ostentatiously and rapping/singing along to revenge-type music. Soon thereafter, Steph was seen repeating the same moves in a mocking way, at the urging of Kyrie Irving, whom LeBron had more or less run out of town in Cleveland, at a wedding.

Petty dunks are the most literal manifestation of general basketball pettiness. One of my favorite writers, Shea Serrano, has crafted describing petty dunks into an entire, glorious genre. Shea describes a disrespectful, petty dunk thusly:

Joel Embiid's dunk over Aron Baynes to the voice of Jim Ross pic.twitter.com/zUBlVF5SzZ

Man bun is in NBA just to get dunked on

Meanwhile, in football, mediocre-at-best receiver Michael Crabtree was wearing a gold chain during games in 2017. Shutdown corner Aqib Talib noticed that a while back, and it bothered him. So Aqib grabbed the chain, which seems like the only appropriate way to handle the situation.

But later in the year, when Talib’s Broncos and Crabtree’s Raiders met up again, Crabtree was still wearing the chain. To make sure that Talib wouldn’t grab it for a second time, Crabtree taped the chain to his body. 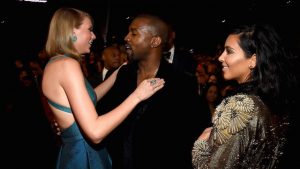 Taylor Swift was probably the kind of kid (I am also this kind of kid) who took a lunch her parents packed to school and also had partial lunch money for like a cookie or soda or something.

That’s why Taylor thought that she could get away with making Kanye West the bad guy again after the whole “Famous” thing.

Unfortunately for Taylor, her pettiness did not work. With this move, Kim Kardashian basically took Taylor’s lunch, took one bite out of the sandwich, and then threw it all away, and then took the money and went and bought a Snickers and ate the whole candy bar real, real slow right in front of her.

TRUMP’S PETTINESS IS BAD, BUT PREDICTABLE

The latest example of President Trump’s pettiness: he decided to deny John McCain, a gigantically flawed man who nonetheless was a giant of American politics, the respect he was due, because of a petty feud. 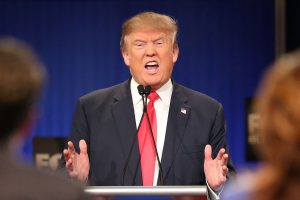 Yeah, there are petty feuds in politics, always have, always will be, but they’ve become way, way too important under Trump’s leadership. Trump is motivated by spite and loathing; his petty resentment of Obama seems to be the motivating factor behind Trump’s administration. Trump doesn’t care about policy, only his resentment/liking of the person associated with a given policy.

Plus, the McCain episode adds to the larger trend with Trump of ignoring norms and values that make democracy functional and legitimate. In a democracy, you must recognize the legitimate political participation of your opponents, even—especially—when they win.

Of course, Trump has been like this for 40 years, so it’s not like it’s a huge surprise.