Did you know that Seattle’s air quality currently is worse than Beijing’s? You probably sensed it was bad if you’ve walked outside, looked outside, opened a window with your eyes closed, or checked your Instagram and have any friends in the Pacific Northwest. But yeah– worse air than one of the most famously polluted skies

While this is not a permanent thing, it’s going to be a recurring thing. No two ways about it. So are increasingly hot summers.

This is not something to wonder about. It’s not something to scratch one’s head over. It’s no longer something people can deny. It was two summers ago, in my estimation, when this became undeniably a trend. Possibly before. When my co-worker, a snarky Midwesterner wiped his brow and said:

“Man, it’s hot. Not like, Seattle hot, but like, actual, I’d be complaining even in Chicago hot.”

That was when I knew. Because folks from more punishing climates rarely pass up a chance to rib us fragile north westerners about our sensitivity to cold, or heat. Because this co-worker in particular never passed up a chance to rib Seattle about pretty much any thing. And even he had to admit that damn, it feels like summer in a bad way.

I’ve always been pretty sensitive to the sun, my tender Welsh skin burning like so many hungover bacon strips. Combine that with a potent cocktail of various allergies and I’ve never been the most reliable source to answer “how’s the weather?”

So now that everyone complains about summer, everyone is coughing and sneezing and sporting vague sunburns, I feel. . . vindicated? Is that wrong?
Yes, it’s wrong. I’ll admit that. But I’ll also admit to a popcorn-eating petty streak  so when folks are like:

“I’ll sure be ready for it to rain again,” 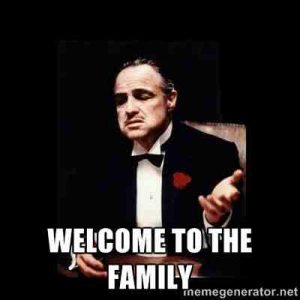 And by all accounts, it’s a family that’s only going to grow. Buy sunblock. Buy breathable air filters. Go floating. Do what you must, but yeah, this is normal now.