Why do guitar bands like to hang out on sand dunes?

I can’t answer that for sure, but I do have a theory. I’m guessing this tendency is related to the same impulse that draws rock bands towards the occult. Sand dunes seem like sufficiently spooky places to implement nefarious rites and rituals. Magick, mystique, and mystery, or the three M’s, as nobody has called them, are essential parts of a certain rock experience, particularly metal. Speaking of which: hilariously, Stevie Nicks has more of all three in her left pinky than Jimmy Page does in his entire, creepy body, and got it by making 0.01% the effort.

But I digress. This try-hard rocker affinity for witchcraft pairs nicely with the marginally less prominent impulse of rockers to compare themselves to cowboys. As you know, in addition to being outlaws, renegades, etc.,—the realization of the kind of person a certain type of rocker believes himself to be—cowboys have to ride through the desert all the time.

Whatever the reason, rockers really like to hang out on sand dunes, and it’s very pretentious. Here is a scientific ranking of the most effective examples, arranged in order of the most to the least silly.

Neither of these really has sand dunes, so they are disqualified, despite the fact that sand dunes were undoubtedly nearby while the videos were being filmed. Also, Blink-182 was being silly on purpose, like always.

However, there are some notable moments involving sand: the Hanson boys offroading in a desert, and a less-tattooed Travis Barker frolicking in the waves of a sandy beach with a model. 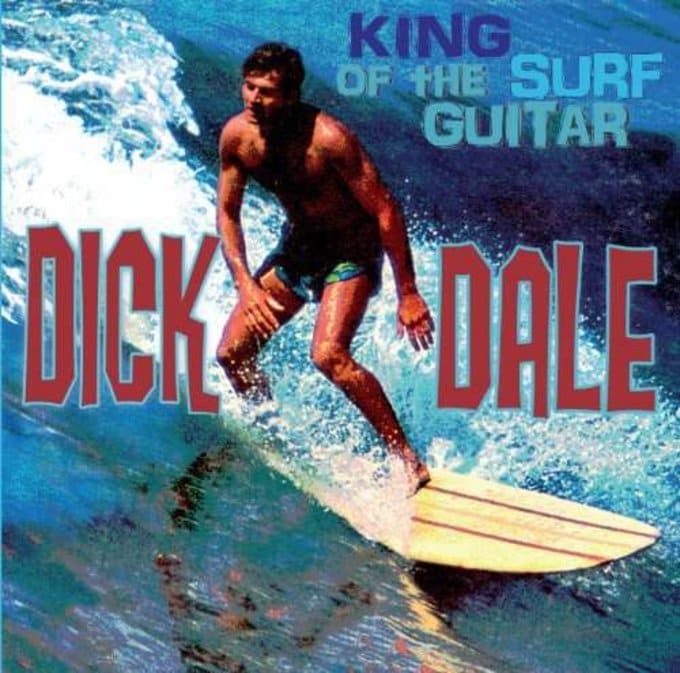 If this were about overall pop-musical impact, clearly this would win, based on the Beach Boys alone. However, surf rock does not take place on the sand dunes. It takes place in the surf, AKA the ocean. Surf rock is disqualified.

This band is another pandering, self-conscious, reactionary classic rock band in the mold of labelmate Greta Van Fleet, and has been brought to you by the same industry forces.

However, I am less bothered by this band because its music sounds vaguely like it came from an original, if derivative, band, not a pastiche of one of the most famous rock bands, a la its sister band.

Wow! That last sentence was almost as pretentious as hanging out on a sand dune.

I’ve never actually seen it. Neither has anyone else. Except for this weird diaper-style picture. 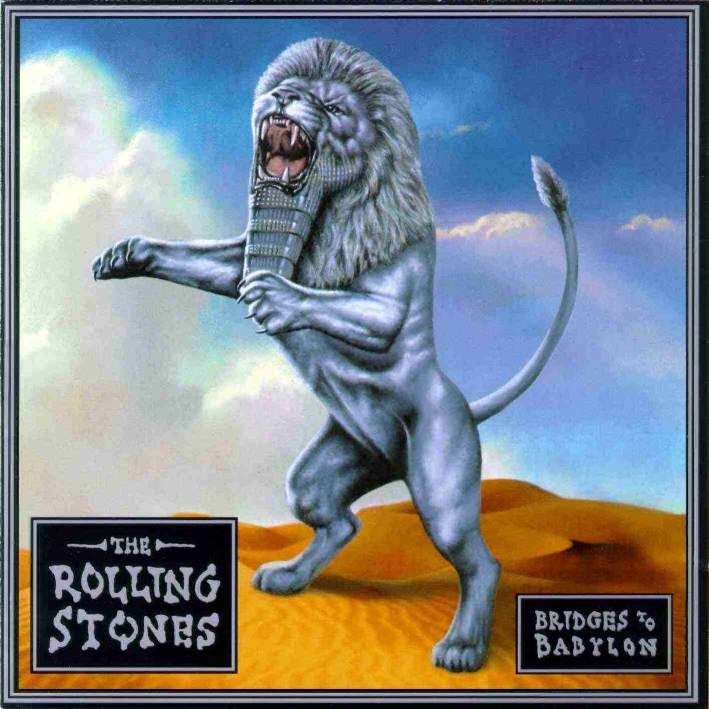 This is a bad album.

I’m of the opinion that “Tattoo You” is the last Stones record worth a damn, and Keith’s “Talk is Cheap” is the great ’80s Stones record that should have been and never was, but I’ve heard people make sincere arguments for “Undercover” and “Dirty Work.”

(Here’s the case for “Tattoo You”: “Waiting on a Friend” is very charming and jammy, and has Sonny Rollins on it, and was promoted by a delightfully cheesy and pro forma video, in which Mick predictably tries way harder than Keith and is approximately 1,000 times less cool, which is also very predictable.)

Anyway, this album, “Bridges to Babylon,” sucks and this cover art with this weird lion on weird sand dunes is weird. But it’s still a Rolling Stones record, if only technically, and that counts for a lot compared to the other crap I just wrote about.

Dunes is the solid name of two solid bands. One has a stoner metal vibe, which really fits with two of the top three entries in this power rankings. The other is a vaguely wavy and witchy indie pop band, which works nicely on a Palm Springs/Joshua Tree/succulents on Instagram kind of level.

Anyway, I enjoyed them both, but they need to decide who actually gets to use the name.

Why is the Lizard King, arguably the most pretentious of all rock stars, hanging out in the desert? How did he get there? Why did he stay there? Nobody knows. Not even him!

But you have to admit the scene, like Wayne’s World 2 itself, works—despite what you’d expect. 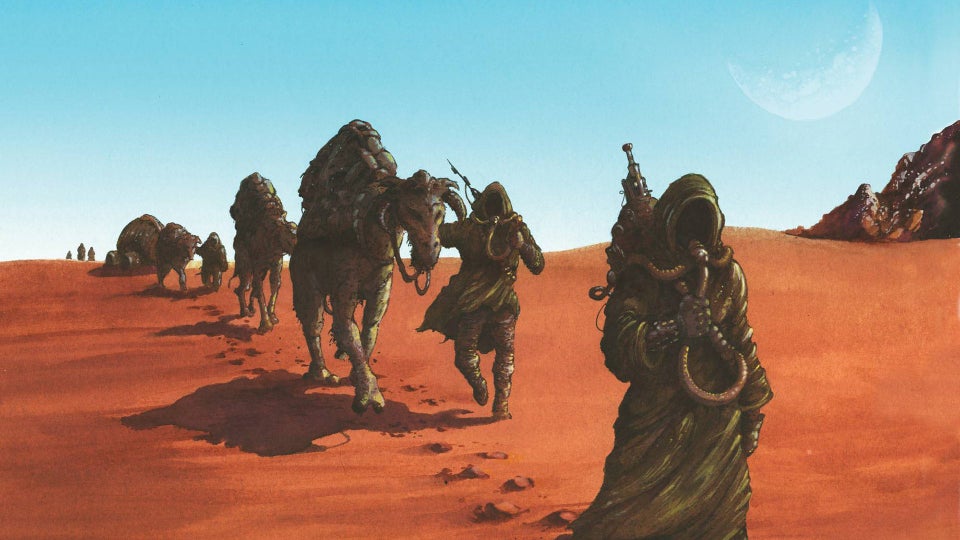 Dopesmoker is a classic—dare I say iconic?—stoner metal record. This cover art really fits the record, which features perhaps the heaviest riffs ever conceived. We can only assume that music is the soundtrack for whatever spooky ceremony these Tatooine-ass dudes are going to.

Unfortunately, I can’t rank Dopesmoker any higher (lol) than this because Sleep did not actually pick this cover art for the initial release—indeed, they did not mean to release this music in this form. Instead, this cover art was released as part of the well-executed, band-blessed reissue of the record, in 2012.

This chronology really shoots a hole in the theory that prompted this post: my notion that the dudes from next entry on the list, which dates to 2003, went to their sand dune as an homage to this cover. Obviously, that can’t be the case. Rude.

This video should not succeed. The concept, which was Deftones wearing all black and shredding riffs in the Mojave Desert on sand dunes in the middle of the night, is pretty silly and a tad pretentious.

Plus, if you look closely, everyone in the band looks like they’re miserable. Which they were. The production of this video sounds like a nightmare. As the close up of singer Chino Moreno trudging solo across a dune seems to show, it was freezing cold. Thousands of dollars’ worth of primo gear was ruined. The shoot took 22 hours to complete.

Worst of all, the sand, as it is wont to do, got into more than just the gear.

“The wind blew sand in just about every orifice you can imagine,” said bassist Chi Cheng.

We salute your sacrifice, Chi. Because, regardless of its provenance, this video is—and I can’t emphasize this enough—cool as hell.

Unlike the rest of the entrants on this list, Tinariwen, the great Tuareg guitar band, is not fucking around, because they actually live on sand dunes. Or near them, anyway.

After all, Tinariwen’s de jure country of origin is Mali. The Sahara Desert takes up about 65% of Mali’s area. The nomadic Tuareg tribes have lived there, among the sand dunes of the world’s largest and most desolate desert, for centuries.

Also, Mali has produced more great guitar players per capita than any region of the world outside the Mississippi Delta. Perhaps not coincidentally, Mali is where many Mississippi Valley guitar players’ ancestors came from.

But, perhaps most of all, these dudes are hard as hell. I’d challenge you to name another set of musicians that has experience learning to shoot AKs in Gaddafi’s terrorist-flavored training camps, and complicated feelings about the whole thing.

Fuck with Tinariwen’s music, because it’s excellent. But definitely don’t fuck with them.