There are five of us at a table, rotating seats as new people enter the room and make their way over. The table expands to two, and throughout the evening, contracts back to one. Rock in several intersecting subgenres of “heavy” pipes in over the speakers, complimenting The Highline’s elevated dungeon vibe. The show I’m here to see is not, strictly speaking, a heavy metal show, but the music makes sense in this context. The room is not full, but turnout is pretty good for a Tuesday. I’ve been in and out of similar rooms with at least half the people here for going ten years, maybe longer. It is genuinely good to see them all in this escape from and manifestation of our adult lives. But conversations are still a little stilted.

I explained this, and my very casual drifting throughout different corners of the room with “hellos” and “how’s the band?” to a couple friends who’d come along. Friends whose dog I’d recently sat, and had birthday dinner with.

“Wow, that’s awesome you’ve known all these people so long. It seems like you all have built a real community over the years.”

I SEE YOU ARE ALSO WEARING A BLACK T-SHIRT

Since about the age of 15, the word “scene” has swirled around my vocabulary in different forms, depending on context. At first it was some distant signifier of cool, something that meant you were part of something. As time went on, it became a loaded word, one that very earnest (and infinitely satirable) 17 year olds with zines in their pockets and asymmetrical hair discussed as if their particular scene was the most important thing in the world.

And to them it was.

Into adulthood I’ve continued pursuing the artistic paths that I started in highschool and college, but the language has changed. Now people talk, with very serious, straight faces about “community.” Sometimes even “family.” Funny thing is, “scene” hasn’t gone away– you still hear it all the time, but the meaning has changed.

WHAT’S HE BUILDING IN THERE?

What follows is about artistic circles, as dynamics in business, religious, or political social groups are different by design. But no matter the art forms, things seem to play out in parallel ways.

In most cases, when you hear the word “community,” you’re hearing from someone who has a positive or protective relationship to said group of people and or artistic pursuit. When you hear “scene” it’s negative, generally associated with dishonesty, falseness, superficiality.

In short: when everyone is coming to your play, reading, show, when you are on the cover of City Arts or The Stranger– you are part of a “wonderful, supportive, and inspiring community of artists.” This is also something orgs play up to get big donor money; donors may not give two shits about your macrame collective, but talk about the “community” you’re “building” and the money will roll right in.

On the flip, when your play flops, no one comes to your show, you’re not getting asked to do readings, the local “scene” is “toxic,” “pretentious,” “obsessed with mediocrity” or “full of itself.” I’ve heard the language flip within the time it’s taken for someone to get a good review. It’s hardly surprising, but it is transparent; I’ve seen the most jaded critics turn to gooey boosters at the slightest whiff of local recognition.

A few weeks ago, local synth-punk band Wiscon played their final show at Lo Fi Lounge. They were joined by three other local bands, DJs, and a photo booth. Despite the finality of the occasion, the room was full of joy. The band sounded great and people sang along. I was surrounded by folks, many of whom I recognized, some of those whom I knew their names, and only a small few of those folks whom I’d actually, say, been to their homes, or had picnics with.

And you know what? That’s fine. It was great! I’m sure for some in the room, this was legitimately a tight circle of friends, but for me it wasn’t. But it was still positive.

Which is why I propose a reclamation of the word “scene” as positive-neutral. Communities often exist in tandem, or overlapping different social circles, but by overusing “community” we rob the word of its power.

We mislead people. There are a lot of people, artists especially, who are starving for friendship, for companionship, for human connection. If you set up an art form, a room, or set of rooms as a source of those things when they aren’t, often the people who need a community the most are the ones least likely to find it. 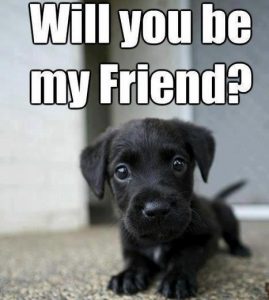 Because while it is excellent when practitioners of music, or writing, or theater, can get together and support each other in meaningful, practical ways, you aren’t owed that just for showing up. By attending shows, readings, gallery openings, etc, you are supporting art– and that’s great! The world needs more of that!

But it doesn’t mean you automatically get invited to brunch.

I’m not proposing a scene/community binary; that is what I’d like to see erased.  If we’re defining things, I’d describe a continuum: starting at the bad end with “high school gossip circle” and ending with “puts together crowdfunder for new toaster.” Like Whitman over there, containing multitudes, often a scenemunity is both.

Or sometimes one plants the seeds of another. Many arts communities grew from tight friendships into something bigger, based on artists wanting to collaborate. Frequently recognition gives way, over time, to affection and genuine friendship.

Or it doesn’t, and that’s okay too.

IN THE END, EVERYBODY WINS

A few months ago I got a “like” request for a band from Berlin called Plattenbau. It was sent by Lewis, someone I’d known in Swansea’s small, overlapping visual art, poetry, and punk rock scenes. We were friendly and conversed often when in the same rooms, but it’d be a lie to say we were close. We’d plotted a couple shows for touring bands that fell through, and were generally pleasant to each other.

He moved to Berlin shortly after I moved back to Seattle. Save for the odd “like” on socials, we’d not been in touch. So when I got the request from him, I investigated. Turns out hey– Lewis still plays  music– and hey– I like it. And hey– they’re coming to Seattle on tour. I grabbed a couple like minded friends, we plied into the back bar of The Crocodile and checked it out. The place wasn’t packed but it wasn’t bad for a Tuesday.

Afterwards Lewis and his bandmates joined myself and my buddies and we caught up. Talk both small and real– did you know there’s a venue in Berlin called “Internet Explorer?” Alan was able to hook Plattenbau up with a place to stay in Portland.
Not sure where on the continuum this fits, but that’s sort of the point.

So let’s be more honest about where we’re at, and what we want and need from our social circles, let’s abandon or repurpose our buzzwords in favor of greater accuracy. And keep going to shows on Tuesdays.
Or start.