I don’t have a ton of complaints about the process behind boarding the Link Light Rail. Like any transit system, it can be confusing at first, depending on what you’re trying to do. But it’s not more complex than the systems in London or New York, or even Portland, Oregon, a city that we’ve shamefully allowed to eclipse us in transit glory.

Some of the designations on what sort of pass you want to load on your ORCA card are vague, and One Regional Card For All sounds like something a Hobbit would throw into Mount Doom.

But I digress. What I’m saying is I’m generally satisfied with how it all works.

ONE IS THE LONELIEST NUMBER

There is only one ORCA filling/pass buying kiosk in the International District/Chinatown station. One.

Most— if not all— other stations have at least two kiosks. One for the folks just figuring it out, one for people who are late for work. People like you and me. Westlake? Check. Capitol Hill? There’s like twenty. Othello station? Two on each side. ID?

Which means that if you, say, need to refill your Doom Card and get to your shift that starts roughly twelve minutes from now after an eight minute train ride, you need to get in and out, and be able to bypass the first-timers figuring out how many times they have to hit the yes button before getting their day pass.

MOMMA TOLD ME NOT TO COME

To wit: I’m already pushing my luck with time, catching the train forty minutes before work. The ride typically takes 17-25 minutes, but I usually like to show up a little early, and with a coffee in hand. A family of five is ahead of me in line at the kiosk.

They are clearly not used to the system. The middle child, a redhead with a voice like a drill is yelling “Daddy! DAAADDDDDDDY I WANT TO SEE THE MOOSE” (they’re apparently Mariners  fans.) The father, red-faced, heaving, and losing hair at a visible rate, broke a sweat as he jammed his fingers on the screen, answering what surely felt like an endless amount of questions. Yes, I want a receipt. No, I want to pay with my card.

All the while, I was getting viscerally angry at a child who just wanted to see a dancing moose. 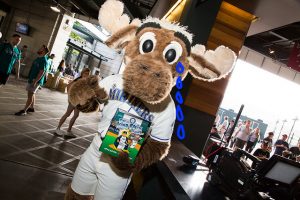 This is not who I wanted to be, then or ever. But this is who you become when you’re stuck behind first time kiosk users and are yourself late for work.

An angry man, cursing at children.

WELL I’VE NEVER BEEN TO HEAVEN

And let’s be clear: There are a lot of first timers at the ID/Chinatown Station. This is every bit the hub that Capitol Hill or Westlake is; the Bolt Bus, with connections to Vancouver, Bellingham, Portland, drops off at the ID Station. The Snoqualmie Casino shuttle bus drops off there. Lotta gamblin’ grannies trying to get home. 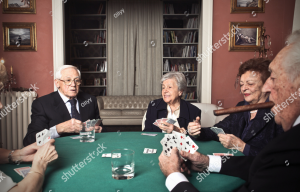 BUT I’VE BEEN TO THE ID STATION

Said station is a block away from connections to all the north end commuter routes. A savvy commuter from Everett or Lynnwood is likely to take the 512 south to its terminus and hop the light rail. They’re already having a stressful day; they don’t need my impatient ass breathing down their only-takes-Link-every-few-months neck.

Not to mention that the ID/Chinatown Station is a block from King Street Station, home to Amtrak and Greyhound. So, basically, if you’ve gotten to Seattle via land, this is where you get dropped off. It isn’t fair to expect a newcomer/passer through of our city to have intuited how to work the touch screen kiosk. But it also isn’t fair to those of us who live across the street and depend on said station to get places in our daily lives.

JOY TO THE WORLD? ALL THE BOYS AND GIRLS?

So please. Build another kiosk. Sooner, not later. I gotta get to work. I’d rather not swear at any kids along the way.