It’s summertime in Seattle,* which brings to mind that old truism:

The only thing better than hot coffee is iced coffee!**

And, since Seattle is the World’s Best Coffee City Or Whatever, it’s time to determine, once and for all, which type of iced coffee is best! #8 is the worst kind of iced coffee, and #1 is the best. We’re not counting Frappucinos because, while they’re rad and delicious and I will fight you if you make fun of me for drinking one, a Frappucino is more like a Slurpee than a coffee beverage. 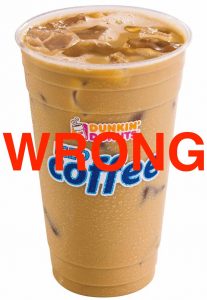 Dunkin’ iced coffee is A Thing for New Englanders. In Boston and the several tiny, pointless states that surround it, your Dunkin’ iced order is a sacred thing, a part of identity no less important than your hometown or ethnicity. I’ve heard protracted debates, by people wearing some combination of Vineyard Vines, Abercrombie, and American Eagle, about the merits of various flavors and combinations of cream and sugar, and that shit got heated sometimes. And, guess what?

It tastes as terrible as Tom Brady’s pass-catching abilities! Its added flavors are as artificial as David Ortiz’s late career power numbers! (There is only one Papi.) It’s more busted than the T! It is definitively, objectively not as good as Starbucks! 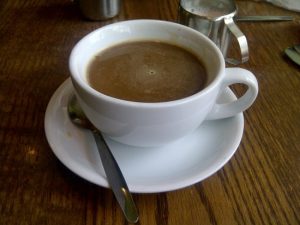 This is not iced, exactly, but it’s cold, and there have been many times in my life that I have consumed tepid coffee out of laziness and/or necessity. While I feel no shame about those times, I do feel some measure of regret. 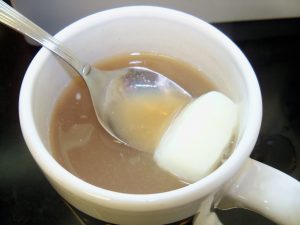 This is a better experience than #6, but you’re deceiving yourself as hard as all of New England re: Dunkin’ coffee (including the hot stuff, not just the iced stuff) if you think this is good. 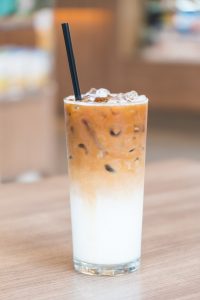 This includes iced Caramel Macchiatos, which are just iced lattes with caramel sauce and vanilla syrup (Did I blow your mind?!), or Iced Mochas, which same thing with chocolate syrup. (Extremely Batman voice: Iced mocha.)

These are all delightful treats on certain days. So is a straight up iced latte. But all that milk can make me sleepy sometimes, which is a real bummer, not to mention confusing, when I also have a nascent caffeine buzz. 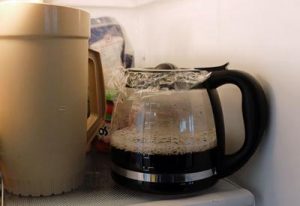 TBH this is kind of a tie with #2, but that’s my vibe today. This is what most people think of when they think of iced coffee. It’s coffee made from a drip coffee machine, then put in a fridge and allowed to cool down. It tastes fine, unless it’s Dunkin iced, in which case it should be dumped into the nearest available gutter if you find it in your hands. 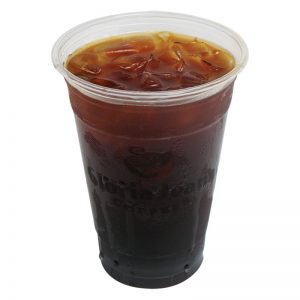 We are including shots over ice in this category, because water and ice are the same thing. Yeah Pete, but if you pour hot espresso over ice it changes the chemistry blah blah blah I’m bored already. Iced americanos are nice because it’s more mellow and contains less caffeine than iced drip or cold brew but still has plenty of flavor and a chill buzz. 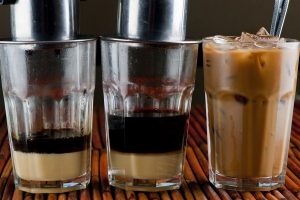 Vietnamese-style iced coffee is fun to make. You get your own personal percolator, which drips drips drips hot coffee down onto condensed milk, and you stir into a glass of ice after brewing. Then you get to drink your coffee with condensed milk, which is sweet and creamy and delicious. The only thing keeping this stuff out of the top spot is the amount of time it takes to make—at least 10 minutes from when you get the percolator on top of the glass—and the mild caffeine content. 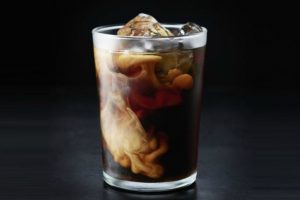 Cold brew is intense. It’s the coffee equivalent of Michael Bennett rushing at you, sacking you, and then telling you about white privilege. It contains more caffeine than any other brewing method. Cold brew is rich in flavor, and therefore the opposite of Dunkin’ iced. Cold brew is delicious, and it might keep me up all night tonight, so it’s supes powerful right now.