Behold! Is a new series in which we post pictures we’ve taken of cool stuff. Just in case you want to, you know, think about something else.

A couple weeks ago I got in my buddy’s truck and we drove down to southwestern Washington to get dark. As in, go somewhere pitch black and silent without lights. The Ape Caves were discovered in the 1950s by a bunch of Jr. High aged kids who were part of a Boy Scout-esque organization called the St Helens’ Apes. It’s a lava tube, and at points you can nearly feel the force of volcanic eruption just from the turns and sinews of the wall. It’s roughly two and a half miles from end to end, with the “lower cave” being “easy walking” (you just walk. if you have headlamps, it is in fact, pretty easy) and the “upper cave” being a mile and a half of climbing over rocks, hoisting oneself over boulders and landing in puddles. It’s the longest Lava Tube in North America, and it’s pretty sweet.

There’s some graffiti in the caves, because of course there is. I am usually totally fine with grafitti, but it does take away from the sheer coolness of the nature. That said, it’s easier to capture graffiti on camera than the eerie, near-otherworldly nature of a lava tube. 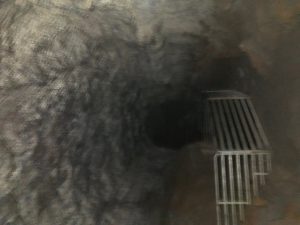 This is the entrance to the cave. Definitely doesn’t bring to mind phrases like “was never seen again.” 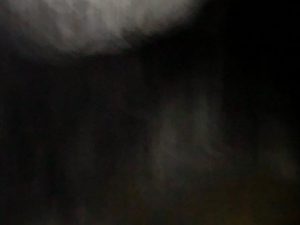 This is with a headlamp on. It was dark. 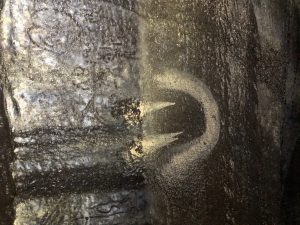 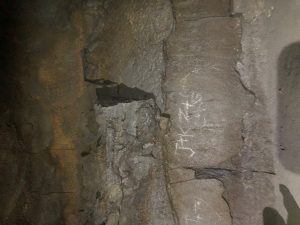 Note the shadow of the Cell Phone. 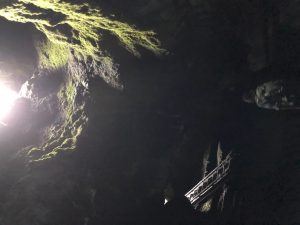 The exit to the cave. No matter how much fun you’ve had in the cave, this is an extremely welcome sight. 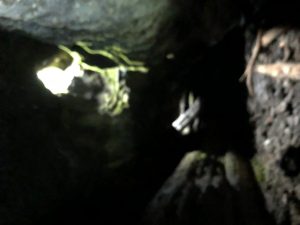 If you aren’t afraid of the dark (or are and want to get over it real quick) and scrambling over rocks  is something you’re physically capable of, I advise you to find a Buddy With A Truck and get out there.