Look them up. They are, apparently, words. Words that in the online manifestation of Scrabble (or it’s bastard little cousin “Words With Friends”) can score you many points, possibly even win you a game. And when you win that game, you are a Smart Person. If you lose that game, you aren’t necessarily a dumb person, but lose too many and you start to question yourself.

I’ve lost so many games of Scrabble lately.

This is bad for anyone, but it’s even worse for a writer. I am a writer, in case you missed it. I’ve written blog articles, music reviews, poetry, short stories, and even the pilot for a TV show (it didn’t get picked up.) My whole thing is “having a way with words.” I have other things, but the writing thing? It’s kinda my thing. I feel very strongly about this, strong enough that I said “thing” multiple times in this paragraph and don’t even care.

So when I was asked by a friend to play Scrabble with them, I figured I’d be good at it. I’m a writer. I’m smart. Like, I’m super duper really smart and a very good writer, so obviously a game of WORDS would be one I’d be real good at.

Losses by over a hundred points. Responding to a 56 point word with a twelve point word. Enduring the shit-talk of friends with weak rejoinders (usually “YOU ARE.”) Part of the problem is that, as a writer, I want to find the most fun, interesting words. Your “bequest.” Your “thou.” Your “elegy.”

Not your “ca” or “fo” or “ar.” Which apparently can score MUCH HIGHER than words that people actually use in life. The thing about Scrabble, is it’s not about the word itself. It is about the tiles and letters you place the word on. If you can figure out a way to get a Q and a Z and a J in the same word and place at least one on a DW (double word score) and one on a TL (triple letter score) well, hey. You just won the game with JIZQAFNO.

This also leads to playing letters on double or triple word tiles just so that other people can’t. That’s right. Defensive Scrabble.

Once on that realization, I started just putting random letters together on the highest scoring tiles possible and seeing what stuck. Most things did not. However, sometimes you surprise yourself and “AXOS” saves you from embarrassment. 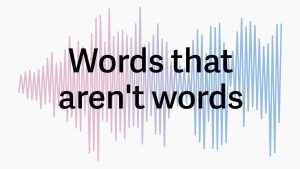 The following is an incomplete list of things that are not words, but it would be awesome if they were, because I would have totally won that game:

Yes, what I’m saying is that this game is stupid and I hate it. But I’ll keep playing until I can prove to myself that I’m smart, dammit. Or that the game is rigged. Or something. But every time someone beats me by playing “Am” on a TW tile, I see a little red. Do the vast mechanisms of the internet have no respect for the sanctity of language?

this article was brought to you by a donation of time, influence and gentle mockery from Anjali Kusler.