Have you heard about this thing called voting?
Of course you have, because as a reader of this site, you are an informed and concerned citizen. Good for you!

While the current political climate doesn’t leave a lot of space for this attitude, one ongoing complaint I’ve heard throughout the years goes something as follows:

“I don’t feel like there’s someone out there who truly represents my views. Politicians suck! I hate all of them!” 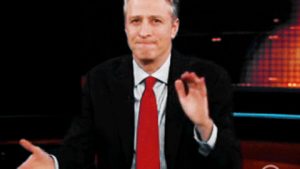 I’ve heard this from people on the right (generally libertarian types) and the left (generally socialist types) and from lot’s of people who’s stock-in-trade is snark and disaffection. It’s appealing to people who find the politics of the right troubling but can’t hang with the social mores of much of the left. Or people who are suspicious of leftist policies but are attracted to the culture and opportunities of cities, which generally skew “liberal.” Or young people overwhelmed by the sheer volume of problems in the world they’ve been handed. Or folks who think that not committing to a position makes them seem smart and nuanced, when in fact it actually makes them look stupid and lazy.

This tack has rightfully, understandably, fallen out of fashion since a certain day in 2016. But rather than (continue to) berate, I’d propose a solution: vote in primaries.

That’s right– voting isn’t just for every four years. Obviously, presidential elections are the Marquee Events of voting. But midterms are important too; if Democrats had shown up in 2014, Merrick Garland would be on the supreme court, not Neil Gorsuch. Arguably, Trump would have to face a blue bulwark against whatever white nationalist he puts forward in the next month.

And if you’re disgruntled (but still voting) by your choices, vote in the primaries. If you feel underrepresented in your beliefs, your demographics, the issues you care about, primaries are your best bet to be heard. Issues and stances across the board that were once considered beyond the pale are now on the table.

And this, for better and worse, is all achieved at the grassroots, primary level. If there are issues you care about, approaches you want taken, populations you want better represented– primaries are the place to be. Do you feel like the Democratic Party isn’t doing enough? Primaries. They’re doing too much, but not well enough? Primaries. Are there races you’re concerned about? Primaries.

The deadline to vote in Washington’s Primaries is this coming Monday, July 9th.