About 3,456 years ago, under what felt like a different name, I was the managing director of a small arts non profit. The most important day of any given year was the day that Give Big, Seattle’s annual fundraising day, put out the clarion call and made us—and many other nonprofits around the city—accessible to the public. (Ed note: Some nonprofits have Give Big-only matching funds from rich donors, so you could double your money by donating today.) We sometimes raised as much on that day as the rest of the year.

I’m not in that role any more, but I remember how it felt, and how grateful we were that GiveBig exists, and connects nonprofits with donors large and small. In the nonprofit game, the old cliche that “every little bit counts” is demonstrably true. So get out a twenty five dollar bill, and pick at least five charities you’re going to chop it up between.

The following list is by no means comprehensive, but here are some HYM-endorsed worthy causes that would love your dollars.

Push Pull operates a storefront in Ballard that is reminiscent of what people talk about when they “miss artistic Seattle.” Push/Pull hangs art by local artists, sells comics by local artists, hosts drawing meet-ups and offers a variety of free art classes to teenagers, taught by local comic professionals. Give them your money.

The Jack Straw Foundation has been providing ground floor opportunities to writers, musicians, and artists of many other types (there’s a lot of types) to try their hand at audio recording, engineering and production. Most notably, their poetry and literature programs aimed at engaging with English Language Learners in the schools have made huge differences in many student’s lives. Give them your money. 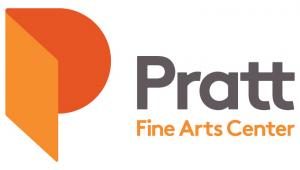 The Bus trains the impressive young leaders who emerge from underrepresented communities into powerhouse activists. Bus alums ran the campaign for Sound Transit 3, got Washington a Voting Rights Act, managed the campaign of your favorite legislator, and pretty much any truly progressive thing this state has done in the last 10 years. (We will get into your ignorant YEAH, BUT over low millennial turnout later.) 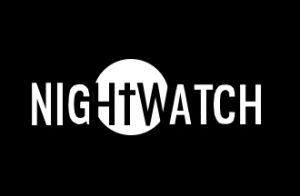 There are a lot of organizations addressing the issue of homelessness in Seattle, but few take it on in quite the street-level way Nightwatch does. Operating for over thirty years, Operation Nightwatch helps connect unsheltered folks with shelter, food, and job training. Sometimes the first step is a roof. Give them your money.

The Downtown Emergency Service Center helps people experiencing homelessness, no matter what kind of shape they’re in. They meet people where they’re at. DESC doesn’t preach (rare for agencies that serve people stuck outside), doesn’t judge, and doesn’t turn people away. With Seattle’s homelessness crisis, their work is more important than ever.

In addition to providing low barrier work to those who need it (and providing an alternative to panhandling in the process) Real Change provides award winning advocacy journalism and on-the-ground perspectives on Seattle’s housing crisis, infrastructure crisis, policing crisis, and more. A large portion of the paper is written by people experiencing homelessness. Lots of crises around here, and Real Change is speaking truth—truth told by people we otherwise ignore. Give them your money.

The Orion Center houses LGBTQ youth who live on the streets, and its parent organization, YouthCare, provides them all kinds of services, including mental health care. The antigay Trump administration, the boom in hate crimes, and Seattle’s housing crisis have made their work more essential than ever.

The Refugee Women’s Alliance helps refugee women figure out the United Satates—and find housing, jobs, and safety—from the first day they arrive in the United States. It’s run by women and for women. With all the world’s current refugee crises, and the shameful, Trumpian hostility towards refugees that fills the air, REWA is more important than ever.

Neighborcare delivers free, good health care to poor people, particularly poor people of color. They are heavy in the south end and south King County. Most of all, they help kids.

Most of these organizations we’ve listed are very Seattle-specific, urban concerns. But! We also like trees! And mountains! And opportunities to learn about these things. Washington National Park Fund does valuable work fundraising on behalf of Washington’s three national parks (it’s against the law for said parks to fundraise on their own behalf, because of federal corruption law that the president ignores) and with federal money at fuck you/Republican levels, this is important. Give them your money.